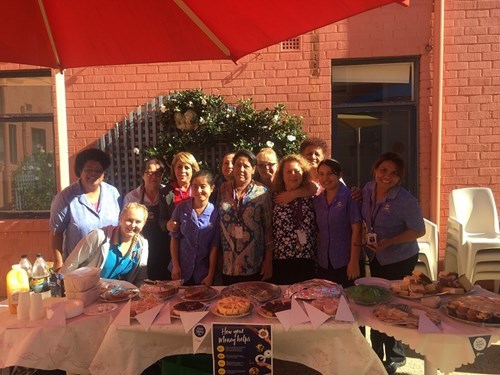 New South Wales homes have shown their support for Cancer Council’s Australia’s Biggest Morning Tea by hosting their own morning tea on Wednesday 24th May to create awareness and raise money for this great cause to help achieve a cancer-free future.

There are more than one million Australians who have had cancer and 1 in 2 Australians will be diagnosed with cancer by the age of 85. Every dollar makes a difference and helps the Cancer Council which is the nation’s leading Cancer Charity to fund research, prevention and support services.

Entertainer, Walter played his piano accordion for residents and staff. He played a mix of old and new songs and then got a few people up for the Mexican hat dance. Residents always have such a great time when he plays. By the end of the day after everyone’s donations Aubrey Downer raised $325, a great effort.

Vaucluse Aged Care Home in Eastern Sydney held their morning tea in the courtyard under sunny blue skies, the weather was beautiful. Staff chipped in and gave donations and raised over $100.

The residents and staff at Sirius Cove Aged Care Home in Mosman went on an excursion to Cahills Restaurant where they enjoyed a lovely morning tea. Residents told stories and reminisced about times in their life long ago.

Menaville Aged Care Home in Rockdale had a Mad Hatter themed tea party commencing in the morning then continuing in the afternoon of a wide variety of sweet and savory foods for all the residents to enjoy throughout the day. Everyone was encouraged to participate and to raise more funds Menaville held a raffle with several great prizes to be won, all donated of course. The total raised was $302.

Fairfield Aged Care Home followed suit and staff came to work in mufti wearing a Mad Hatters hat and paid a gold coin donation. They had raffles, games and tables full of food with tea and coffee for staff, residents and families to buy. Of course all proceeds going towards the charity. By the end of the day Fairfield raised an amazing $1,200.00.

Our newest home, Grafton Aged Care Home in North Eastern New South Wales had a wonderful morning with lovely food supplied by their chef, June. While all the residents were enjoying their morning tea entertainment was provided by a local violinist and her friend on the harmonica.

Lifestyle Officer Cherie Onus raised an astonishing $1,300 for shaving her head, with promises from Hall & Prior to match the amount she raised. An exceptional effort. 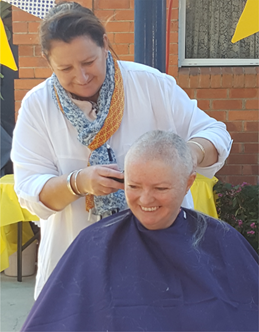 Lifestyle Cherie Onus having her head shaved for charity. 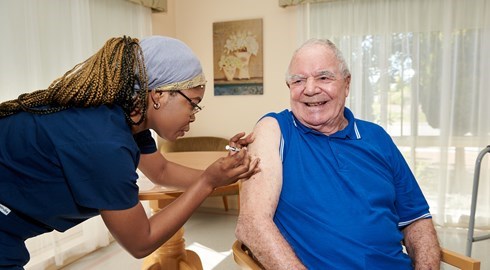 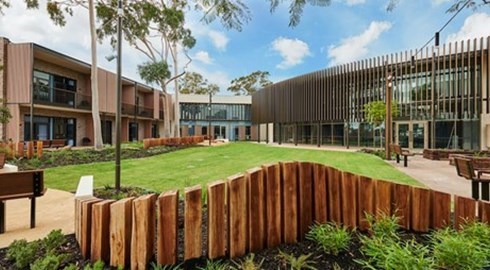 Karingal Green in High Wycombe has been awarded a prestigious UDIA WA Award.